See the activity of your team

In the Team report, follow up on the activity of your team. Why not take the opportunity to highlight the most active users internally? 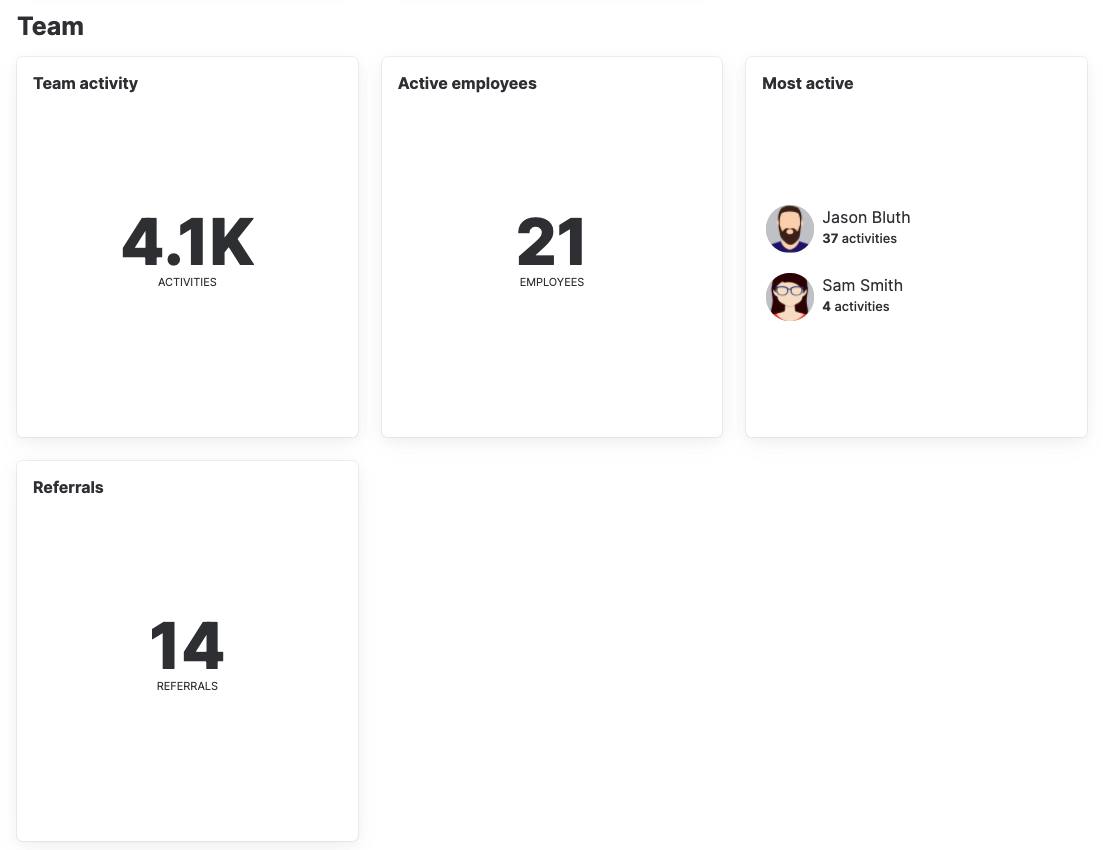 Team activity - see how many activities your team has performed in total. See the detailed report to see all team activity and the employee that performed them.

Most active - find out which users has been the most active in your tool measured in actions, such as sourced candidates and number of notes.

Referrals - display the number of referrals by your employees during the selected period.

Interviews - the number of interviews they have filled out and submitted on a candidate (using Interview kits).

By clicking on the different boxes, you will be directed to more detailed reports. Let's take a closer look at these below. 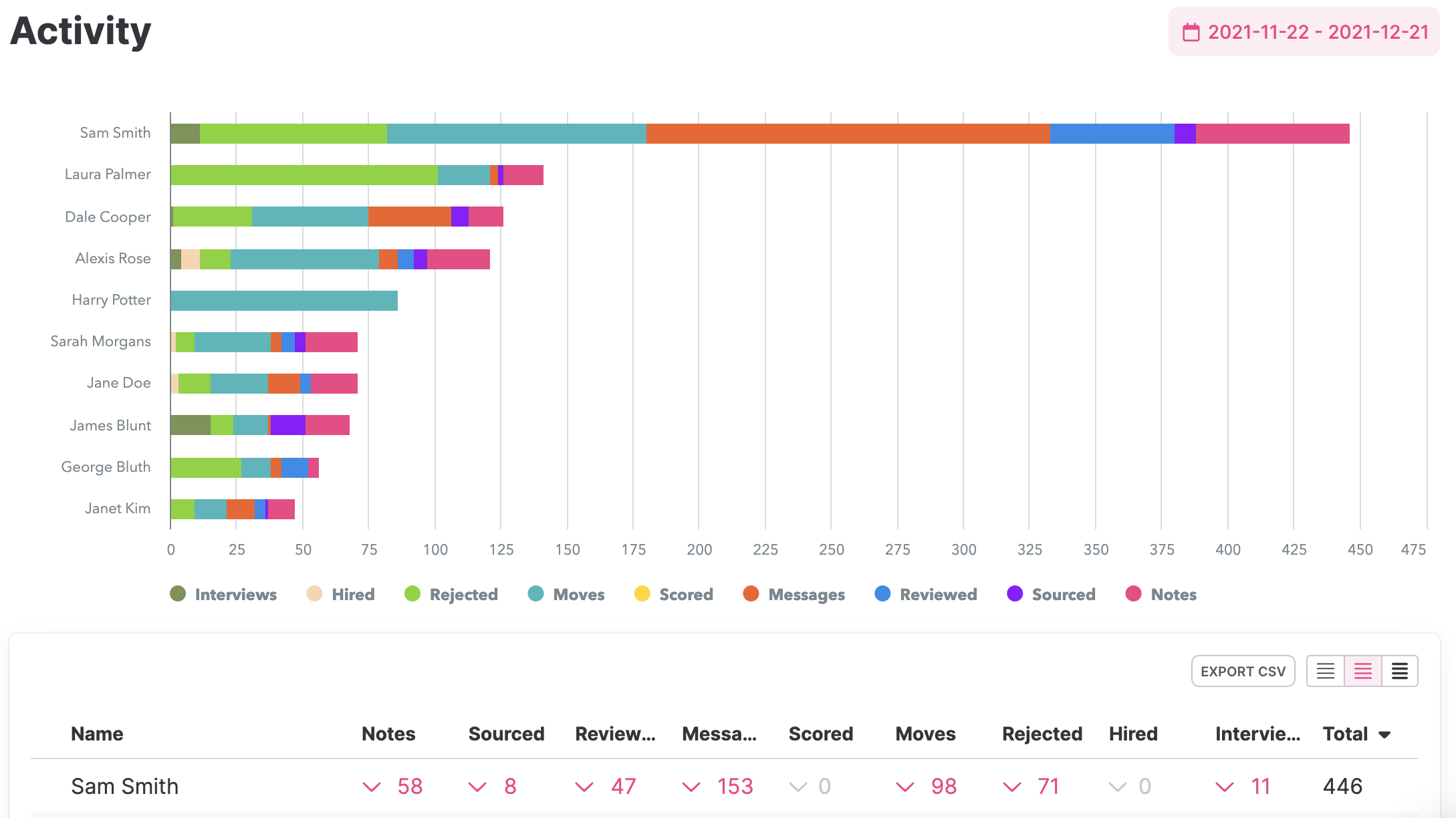 The activities recorded are all related to candidate management, and consist of the following:

Hired - dragged a candidate to the stage hired.

Moves - the total amount of candidate moves between different stages in the processes.

Sourced - how many candidates that where sourced in to your candidate bank by the user.

Notes - the total amount of notes created by the user.

Below the table, you will see the name of the user, and the number of time s/he performed the specific action. By clicking the downwards arrow, you will fold out a list of the candidates affected by the action.

Working with referrals is a great idea! Who's better at suggesting new colleagues than your employees? Read more about our referral feature Employee dashboard here!

In the Referrals report, you can follow up on your referrals.

Referrals - the total number of referrals you've received over the period you're currently viewing.

Users - the number of users that provided referrals.

Name - see the name of the users making the referrals.

Referrals - the number of referrals made by the user. Click the arrow to fold out a list of the referred candidates.

Rating - here, you can see the average rating of the candidates this user referred.